What Is Round Spiral Ductwork? 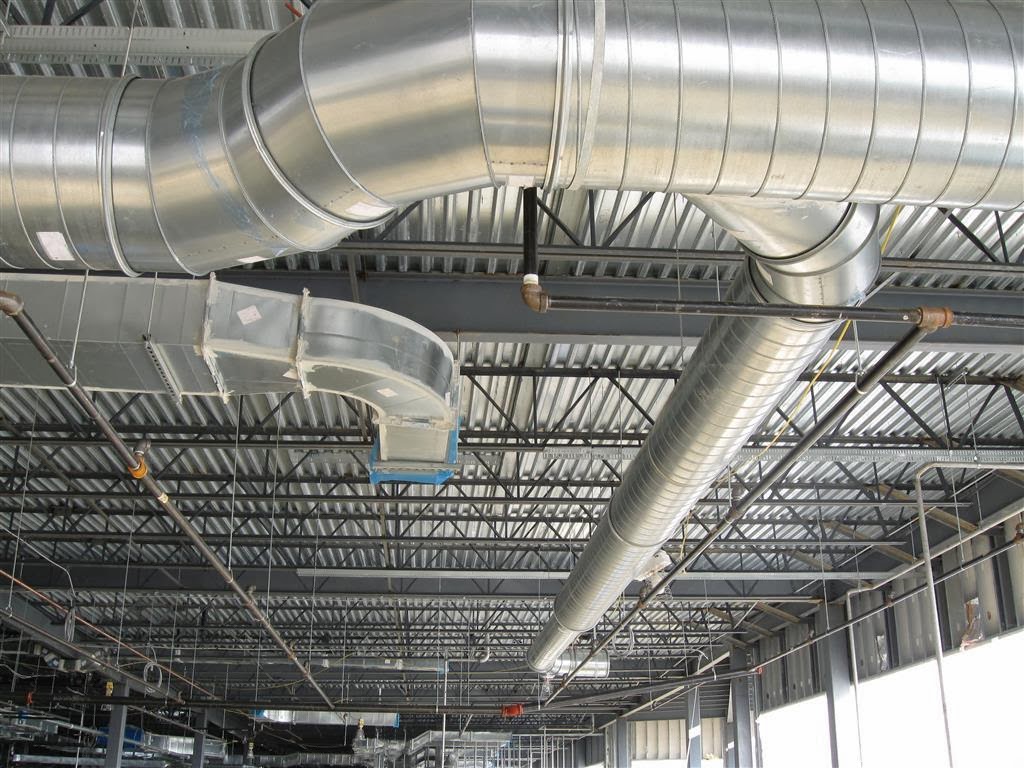 Would you change one thing about your duct design to make it more energy efficient and affordable?

The two symbols seen above may be familiar. A duct will be spherical if the one on the left is utilized. The one on the right indicates a flat oval duct. Spiral duct is usually recommended for a standard HVAC system.

Engineers, on the other hand, often leave these symbols off their designs for unknown reasons. They may be unable to locate them in their CAD libraries. However, if you don't use them, you'll wind up with rectangular duct that is both inefficient and expensive.

Ducts That Are Antimicrobial

Antimicrobial products are in more demand than ever before. Its efficacy in suppressing the development of harmful bacteria, mold, and fungus is causing an increase in requests from owners and engineers. Steel ducting coated with AgIONTM antibacterial is long-lasting and should be used in HVAC systems.

What Is The Significance Of The Round Shape?

Here are some of the problems that might happen if spiral round duct is not used.

You're not going to follow the ASHRAE Advanced Energy Design Guides — it's a huge thing to aim to cut commercial building energy usage by 30% to 50%. And ASHRAE has worked hard to assist its members in achieving these objectives by accumulating information and putting together cost feedback that would be impossible for a single engineering company to undertake. The Advanced Energy Design Guides were created by your peers, not by a trade association or a contractor who purchased a coil line and wants to make the most of it. "Round duct is favored over rectangular duct," they explain clearly. However, in order to attain the low-turbulence features of round spiral ductwork, space (height) constraints may necessitate flat oval ducting."

There will be more turbulence, which is negative — you don't have to be an engineer to figure out that square corners of rectangular ductwork generate considerably more turbulence than round or rounded corners (flat oval). Without having tried it, we all know that installing a rectangular drain line downstream of your toilet will almost certainly ensure that the plumber will be called on a frequent basis. When you have square corners, things just don't flow as smoothly. And when it comes to airflow, this results in two unwelcome side effects that are directly tied to turbulence: larger pressure drops and more noise.

You'll need additional duct since slowing the air down is the only realistic method to reduce pressure loss and noise in a duct (other than changing its form, which we're trying to persuade you to do). Yes, the duct should be expanded. The perimeter of a rectangular duct with an aspect ratio of 2:1 to 4:1 is 30 to 55 percent larger than that of a comparable round diameter (2013 ASHRAE Handbook – Fundamentals, Chapter 21 "Duct Design," page 12, approximately halfway down the right side of the page). This isn't a joke. After a few seconds on your Ductulator, you can easily confirm.

You've definitely heard or used the phrase "constructed in accordance with SMACNA," which means your duct will weigh a lot more and need a lot more hardware screwed/welded to it. The "2005 SMACNA HVAC Duct Construction Standards – Metal and Flexible" is what this usually refers to. It's a great structural standard that focuses on one thing: how to keep deflection at a minimum. The goal is to keep a duct system as static and motionless as possible, whether it's dealing with how much an assembled length of duct deflects (hanger spacing and seismic bracing) or how much the walls of a duct deflect (metal fatigue, low-frequency noise generation, and how the duct may obstruct other items within the building). Deflects flat surfaces In both positive and low pressures, round/curved surfaces deflect very little. Increase the gauges or add reinforcement to reduce deflection, according to the SMACNA handbook. So, in order to decrease pressure loss and noise, you must not only increase the volume of duct (perimeter) but also the weight of that perimeter to reduce deflection.

The cost of ductwork, both to buy/make and to install, is directly proportional to its weight. Keep the graph above in mind. Even if someone claims that rectangular duct has a lower cost per pound, this is readily disproved by the fact that rectangular duct requires a lot more pounds to transport the same volume of air. The labor force is considerably more skewed toward round duct installation. When comparing round and flat oval spiral duct to rectangular spiral duct, weight-based labor formulae allow for 50 percent more pounds per man-hour. So, in the case of the rectangular duct, which weighs 50% more than the spiral round duct, the spiral round duct requires just 44% of the effort to construct.